Precision Diagnostics and Nuanced Care: from 3T Imaging to Advancing a new pathway for the management of prostate cancer

Nuada Medical Prostate Experts Limited was established in 2009 as a specialist imaging centre on Queen Anne Street in London, aiming to serve mainly the MSK and neurology communities with its 3T MRI. Very quickly the 3T was in demand from a group of research urologists at nearby UCLH who were the world leaders in researching, advancing and trialling a new, imaging-led pathway for managing prostate cancer called focal therapy. This pathway encompasses both diagnostics in the form of pre-biopsy imaging and image-guided biopsy, and treatment in the form of high-intensity focused ultrasound (HIFU).

Nuada developed as a specialist imaging centre and established a reputation for excellence and innovation in imaging the prostate, working with the team at UCLH and others who were running the patient trials required to advance the focal pathway. We promoted this pathway to other clinicians and hospitals, enabling the former to offer their patients a noninvasive alternative to surgery and the latter a day-case procedure. Our innovations have centred on continually increasing precision in imaging, reporting and patient engagement, and through these we have built relationships with leading Urologists around the country to support them in offering this new pathway to their patients.

In January 2017 the results of a major UK-led trial of men undergoing mpMRI imaging pre-biopsy (The PROMIS Trial) demonstrated the value of imaging in managing prostate cancer, and established mpMRI imaging as a new standard of care. In March 2018 another UK-led trial (The PRECISION Trial) further demonstrated that using an MRI to identify suspected cancer in the prostate and performing a prostate biopsy targeted to the MRI information, leads to more cancers being diagnosed than the standard way that we have been performing prostate biopsy for the last 25 years. Nuada Medical Prostate Experts played a significant role in both of these groundbreaking trials.

Our mission is to make imaging-led diagnostics and treatment for prostate cancer  available to all patients, clinicians and hospitals in the UK.Today we are a dedicated team of application specialists who bring the technology and expertise required for image-guided biopsy and HIFU to clinicians and hospitals around the country. All men deserve access to precision diagnostics and nuanced care. 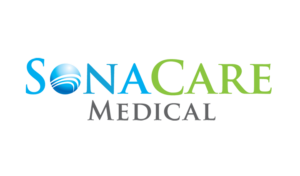